Stated in 2017 State of DevOps Report TBD is correlated with high performance teams and a factor that positively contribute to Continuous Delivery https://www.linkedin.com/pulse/state-devops-reports-2017-trunk-based-development-practices-lopez/.

However, in my experience of adopting TBD in my Software Development Team, there were some so uneasy thing related to mindset change which is required for TBD, that although the team said that they were adopting TBD, but in the practice they are still doing antipattern of TBD.

Moreover, disbelieve & resistance have been observed about the concept, many times those were shouted about the How.

In this article, since we know that TBD is famous as a key enabler of Continuous Integration and by extension Continuous Delivery, I will talk about:

Issues in Feature Based Development with Long Living Branches

Long lived feature branch implicates long period of time without feedback. And also developers who normally work with long living feature branches also tends to have a big black box of implementation. It is even worse if the user story is not sliced small. There are tendencies to have a big implementation which in worst case not closed within a cadence such as a scrum sprint.

It causes absence of visibilities to Developers of Team Members, but also to Product Owner or other stakeholders about the progress causing anxiety within team and sometimes loss of trust but also loss of good feeling of tracking and estimation within the developers and the team members themselves.

For teams who still not adopts TDD / Test Driven Development, there is also tendency that unit tests also come late, since psychologically people tend to be more lazy to write test code, before feature is completely done. Tests come even late in development tests.

Since there are less merge into code base (master / trunk branch), if feature is an epic, there normally nothing to release even after several days / weeks, which implicates NO / low level of continuous delivery and the deployments / releases also become high risk deployments because we need to do bigger releases instead of releasing small-small things incrementally.

Release Branches and Hotfix Branches are a common concept if you are working with branching models like GitFlow, GitHub Flow, or other Feature Based Development.

So far Feature Based Development mostly teaches about how to structure branches but does NOT teach about healthy branching model.

Another problems which often occur, that people often fix directly issues in release branches or hotfix branches but they forget to merge them back to their code base and moreover forget test the code base again after merge, causing more production issues to be fixed, since we would put focus on Release Branches and Hotfix Branches instead of focus on Code Base / Trunk.

Feature Based Development talks about How to Branch, TBD is talking about Healthy Branch:

We can group them to 3 Keys Activities:

What is NOT a Trunk Based Development

Some Issues in Adopting TBD

Those issues above often occur and remain unsolved by developers causing skepticism to TBD because the developers do not knowing the HOW. In next section we will talk about the HOW.

The How: Feature Toggle

How we think about feature toggles (the prejudice): Feature toggle is complicated ◦It takes a lot of effort.

Some perspective which would let us rethink: There are many kinds of feature toggles: https://martinfowler.com/articles/feature-toggles.html

Not all toggling-off has an effort, some are naturally off: A new class of a function which is complete & tested as a new feature but not yet called implies it is off. A new API which is not yet exposed to the API gateway, implies that the API is still off from outside.

The How: Branch by Abstraction

Branch by Abstraction is:= creating abstraction to keep legacy code and new code switchable, so development does not jeopardize integrated trunk code.

The How: Split to Smaller Black-boxes

A bigger tasks can be split to smaller independent tasks

This is an example of breaking a branch, instead of having 1 single big branch named similarity address validation to have near 20 planned branches / activities:

Create a plan of dependency analysis to optimize collaboration.

By having those boxes in the previous section you can create a blackbox function to classes in code.

By having those separation developers can collaborate together for a same goal but in separated branches and decoupled codes.

The How: Assess Refactoring Effort instead Avoiding It

Another rejection comes often out from developers are refactoring effort. For this, take into account that even in a very good plan, refactoring might happen / necessary.

Do NOT try to exclude the effort of refactoring, but assess, and accept it as long as refactoring is supporting that value is to be delivered faster (more productive, economic, and beneficial).

Even TDD include refactoring in the process steps (Cycle of: Create Test, Implement, Refactor).

Adopt solid principle so that refactoring effort will be reduced and code will be easier decouplable.

Spare our time to plan input output contract before continue development, so simplicity will be more visible across team members and refactoring effort will be reduced.

Something to confuse us, so we reflect ourselves 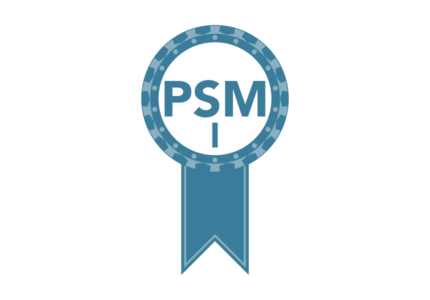 Pair programming [wikipedia] is an agile software development technique in which Scrum is a framework of iterative and incremental agile software